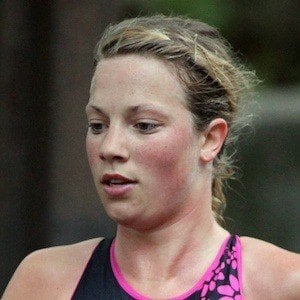 Triathlete who has risen to worldwide fame competing in Ironman competitions. She won the 2016 Ironman 70.3 World Championships after having competed for Wales at the 2014 Commonwealth Games' mixed triathlon event.

She began her career in triathlons at age 17 in the UK. She made her international debut in 2014 at the 2014 European Triathlon Championships.

She won the 2016 Beijing International 70.3 Triathlon. She signed on to the Trek Factory Racing triathlon team in 2017.

She is one of three fraternal triplets.

She and Sebastian Kienle both earned medals at the 2016 Ironman 70.3 World Championships.

Holly Lawrence Is A Member Of