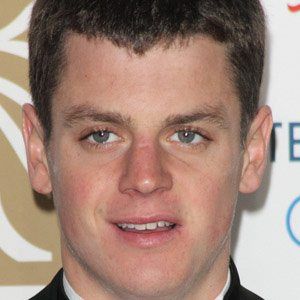 Professional duathlete and triathlete who became the winner of the Triathlon World Championships in 2012. He went on to win the bronze medal at the 2013 Olympics and the silver in the 2016 Olympics.

He won the junior championships in the diathlon and triathlon in 2006 and 2007.

In 22 ITU events, he finished in the top ten 14 times, and won five gold medals.

His brother Alistair was the winner of Triathlon World Championships in 2009 and took the gold at the London Olympics.

Mark Allen was another renowned triathlete.

Jonathan Brownlee Is A Member Of