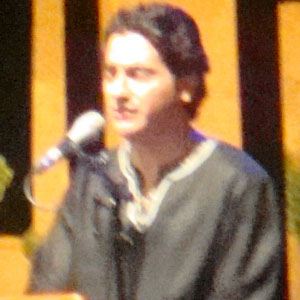 Known for such recordings as Simorq, Showq Nameh, and Neither Angel nor Devil, this Iranian classical singer also became known for his skill as a Kamancheh (Persian string instrument) and Tompak (ancient drum) player.

After training at the Tehran Conservatory of Music, he released his debut album, Nasim-e Vasl, in 2003.

He and his sisters trained during their childhood years in Persian Avaz singing techniques.

His father, Mohammad Reza Shajarian, was an acclaimed and internationally-famous singer of classical Persian music.

He and Omid Hajili both became known for their recordings of Persian traditional music.

Homayoun Shajarian Is A Member Of