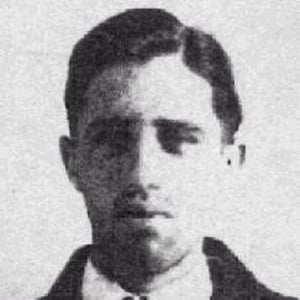 He earned his first arrest at the age of 17, for public drunkenness, and was serving 10 to 21 years in Pendleton for yet another robbery, when he met Dillinger.

He teamed up with Dillinger to start a series of bank robberies up and down the Midwest, until he was finally cornered and shot to death by the police.

He was born Fort Wayne Indiana, his father an alcoholic and abuser, leading Van Meter to run away from home after the sixth grade.

He was an infamous criminal associate of depression-era bank robber John Dillinger .

Homer Van Meter Is A Member Of