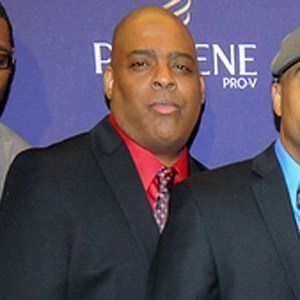 Guitarist who became a founding member of the R&B band, Mint Condition. They're known for chart-topping hits such as "Breakin' My Heart and "What Kind of Man Would I Be."

He and classmates from Central High School originally formed Mint Condition in the mid-1980s.

His band's hit "U Send Me Swingin" peaked at number two on Billboard's Hot R&B/Hip Hop Songs Chart for four weeks straight in 1994.

He hails from St. Paul, Minnesota.

He and Ricky Kinchen were both members of the popular R&B band, Mint Condition.

Homer O'Dell Is A Member Of