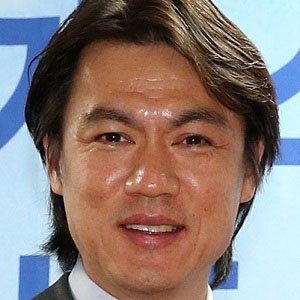 South Korean sweeper who led his team in four consecutive World Cups between 1990 and 2002. He became manager of the South Korean national team in 2013.

He began his professional career with the Pohang Steelers in 1992.

He went to play with the Los Angeles Galaxy for the 2003-04 season after semi-retiring from competitive soccer.

He had two sons with his wife Soo-mi Cho.

He and Cha Bum-Kun are generally considered to be the best South Korean soccer players of the 20th century.

Hong Myung-Bo Is A Member Of