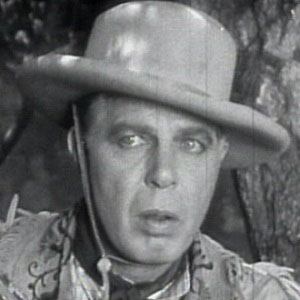 Over the course of his five-decade career, this actor and rodeo star appeared in hundreds of early 20th-century Western films, including The Night Riders, The Saddle King, The Galloping Kid, and The Marshal's Daughter.

He acted in his first silent film, Pride of the Range, when he was eighteen years old. Nearly two decades later, he appeared in his first "talkie," The Long, Long Trail.

He temporarily suspended his rodeo and acting careers to enlist in the United States Army during the World War I years.

His first marriage was to fellow cinema and rodeo entertainer Rose August Wenger; his second marriage, to Helen Johnson, resulted in a daughter named Lois Charlotte Gibson. His third and fourth marriages were to, respectively, Sally Eilers and Dorothy Dunstan.

He appeared in some of director John Ford's early films, including Cheyenne's Pal, Straight Shooting, and The Secret Man.

Hoot Gibson Is A Member Of