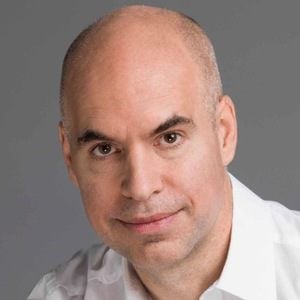 Argentine politician best recognized for being Chief of the Government of Buenos Aires elected in December of 2015. He is also known for having helped found the Republican Proposal party.

He graduated from the University of Buenos Aires in 1988 with a degree in economics. He then earned his Masters in Business Administration from Harvard University Business school. He returned to Buenos Aires where he began his political career in 1995 as director of ANSES. He later went on to create the political party Republican Proposal.

He is known for having written and published several books about economic procedures including Domando al Elefante Blanco and La Reconstruccion del Estado.

He is known for having been appointed the director of ANSES in 1995 during the presidency of Carlos Menem.

Horacio Rodríguez Larreta Is A Member Of