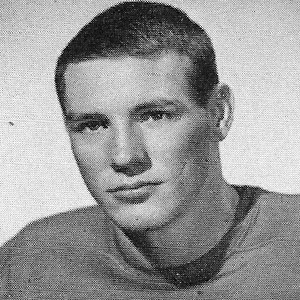 NFL halfback who played for three teams from 1956 to 1963: the Detroit Lions, Cleveland Browns, and Philadelphia Eagles. He was the 1955 Heisman winner.

He played college football at Ohio State, where he recorded 37 touchdowns in just 36 games.

He was inducted into the College Football Hall of Fame in 1979.

He married Barbara Cassady, and they had three children together, including a son who played in the NFL.

When he left Ohio State he held the school's record for most all-purpose yards, until it was broken by Archie Griffin.

Howard Cassady Is A Member Of