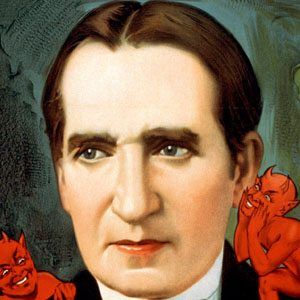 A world famous magician who had a show so large that it took up eight train wagons when moving from venue to venue.

Due to an unhappy childhood, he ran away to join the traveling circus.

He was called the King of Cards and one of his most famous tricks was The Rising Card, where a card chosen by an audience member appeared to rise up out of the deck.

He grew up in Columbus, Ohio.

Witnessing Alexander Hermann's stage act got him inspired to make his own that's just as good.

Howard Thurston Is A Member Of