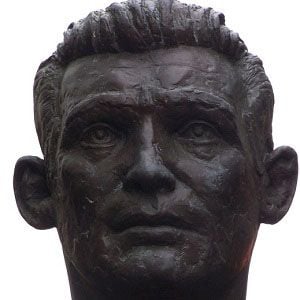 He held the WBC World Featherweight title in 1968. He compiled a career record of 61-6.

He was a wildly successful amateur, and won the Amateur Boxing Association bantamweight title in 1958, as well as a gold medal at that year's Commonwealth Games.

Following his career he was voted the greatest citizen in his hometown of Merthyr Tydfil, Wales.

He failed multiple times to take the world title from Vicente Saldivar, but finally took it when Saldivar retired.

Howard Winstone Is A Member Of