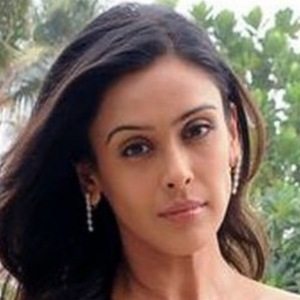 Indian actress and model who is best known for her role as Niharika Singh in the 2003 Hindi film Haasil. She is also known for her performance as Vaishali in the 2004 film Ab Tak Chhappan and the 2006 film Jigyaasa where she played the title character.

She graduated from Trinity College, London where she took lessons from famed choreographer Shiamak Davar. She began by appearing in advertising campaigns for brands such as Liril. In 2001, she made her feature film debut as the character Devi in the Hindi film Asoka.

She received several nominations for her work in the 2001 film Asoka including for Most Promising Female Newcomer at the Screen Awards in 2002 and for Best Debut Actress at the Zee Cine Awards in 2002.

She was born and raised in Mumbai, India. She married United Nations diplomat Anand Tiwari in March of 2017.

She starred alongside Shah Rukh Khan and Kareena Kapoor in the 2001 film Ashoka.

Hrishitaa Bhatt Is A Member Of