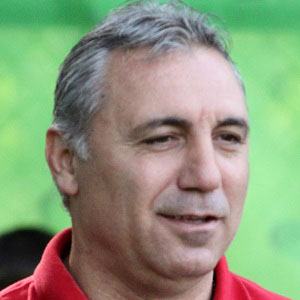 Forward who starred on the Bulgarian national team from 1986 to 1999. He scored 225 goals in his 473-game club career, spent with a number of teams including FC Barcelona, CSKA Sofia and Parma.

He began his professional career in 1981 with Zavod Yuri Gagarin after spending six years with Maritsa Plovdiv.

He won the Ballon d'Or, as well as the Golden Boot, and scored six goals to lead his Bulgarian national team to fourth place in the 1994 World Cup.

His father played goalkeeper on his hometown team.

He and Dimitar Berbatov both became well-known Bulgarian goal-scorers.

Hristo Stoichkov Is A Member Of