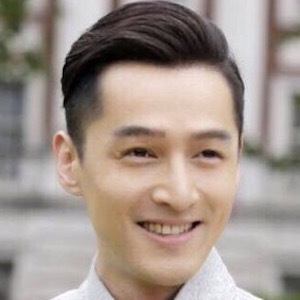 Award-winning Chinese actor who first became known for his portrayal of Li Xiaoyao in the series Chinese Paladin. He then went on to become popular playing Mei Changsu in the 2015 drama Nirvana in Fire.

His performing arts training began at Little Stars Performing Arts School in the 1980s. Then, in 2001, he enrolled at the Shanghai Theatre Academy.

A singer as well as an actor, he has released several original albums and has been featured on the soundtracks for many of his feature films and television series.

He has had previous relationships with Chinese actresses Xue Jianing and Go!Goal!Fighting! costar Jiang Shuying.

He is friends with a number of other popular Chinese actors including Tiffany Tang and Eddie Peng.

Hu Ge Is A Member Of