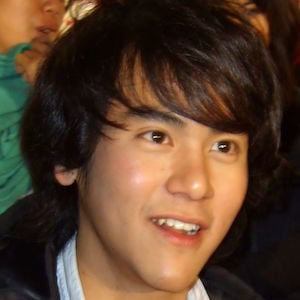 Actor who is known for his work in the Taiwanese film and TV industries. Between 2005 and 2015, he appeared in 23 films in Taiwan.

He migrated to Canada at age 13, where he completed most of his formal schooling. He attended the University of British Columbia, where he majored in economics, but dropped out before graduation to pursue his acting career.

He made his acting debut on the Taiwanese TV series The White Paper of Love. In 2015, he was nominated for the Best Actor award at the 34th annual Hong Kong Film Awards for his work in the film Rise of the Legend.

He was born and raised, until age 13, in Taipei, Taiwan.

He starred alongside Aaron Kwok in the 2012 Hong Kong thriller Cold War.

Eddie Peng Is A Member Of