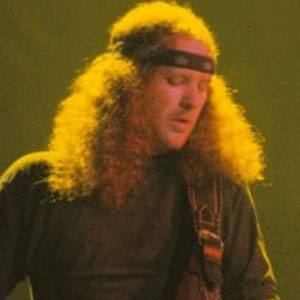 Guitarist for the southern rock band Lynyrd Skynyrd who started out as a songwriter and performer in the Outlaws.

He joined the Outlaws when it was still a struggling local band.

He wrote the majority of Lynyrd Skynyrd's songs off the album God & Guns, including "Still Unbroken."

He grew up around Tampa, Florida.

Hughie Thomasson Is A Member Of