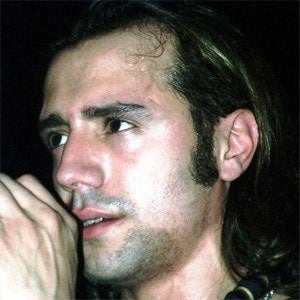 Metal and rock singer and songwriter who co-founded a Kentucky-based band called Tantric.

In 1992, he founded a Detroit band called Merge. Seven years later, after moving to Louisville, Kentucky, he became a founding member of Tantric.

He was born in Angola to Portuguese parents. At the age of one, he moved with his family to the United States.

He was born in the same year as fellow metal singer Tomi Putaansuu.

Hugo Ferreira Is A Member Of