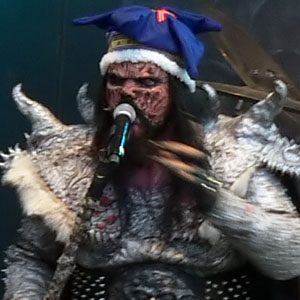 Known by the stage name Mr. Lordi, he is the lead singer for the heavy metal band Lordi, the group known for songs like "Inferno."

He originally specialized in visual effects for videos because he was passionate about horror movies.

He dresses up and designs the costumes for his band.

He married Johanna Askola in 2006.

He was interested in Paul Stanley's band KISS, whose masks and makeup inspired him.

Tomi Putaansuu Is A Member Of