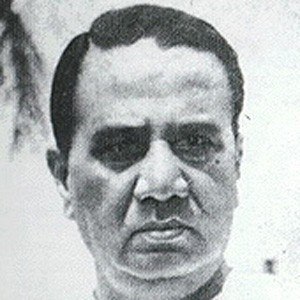 The 5th Prime Minister of Pakistan from 1956 to 1957, who was known for his leftist liberal views, and for being the first Pakistani leader to visit China. He was forced to resign after his policies in aid distribution and nationalization came under fire.

He obtained a B.S. in Mathematics from St. Xavier's College in 1910 before starting his practice at Calcutta High Court.

He opposed the partition of India and Pakistan and supported an independent, united Bengal as the Head of the Government of Bengal.

His older brother, Shahid Suhrawardy, is the co-founder of Pakistan PEN Miscellenay.

He worked closely with Chittaranjan Das during the Indian independence movement.

Huseyn Shaheed Suhrawardy Is A Member Of