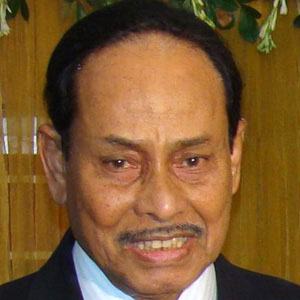 Member of the Jatiya political party who held office as the President of Bangladesh from 1983 to 1990. He notably helped to unite the four Bangladeshi political parties to form the Grand Alliance in 2008.

He reached the rank of Lieutenant General while serving in the Bangladesh Army.

He was honored by the United Nations as a Laureate twice for his advocacy of environmental and population issues.

He was succeeded by Shahabuddin Ahmed as the President of Bangladesh in 1990.

Hussain Muhammad Ershad Is A Member Of