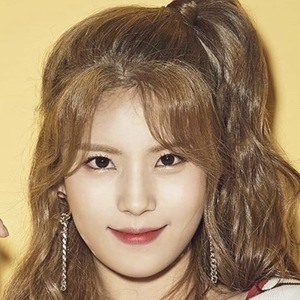 Singer who's risen to fame as part of the K-Pop girl group Neon Punch. She's served as the leader of the group as well as a main vocalist.

She adopted her performance name Dayeon.

The group released their debut album in 2018 and titled it Moonlight.

Kim Hyun Jung and Lee Mi-joo are both Korean pop singers who been members of girl groups like Neon Punch.

Hwang YeonGyeong Is A Member Of