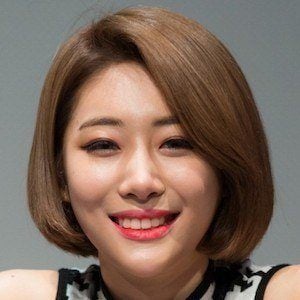 Pop music performer who rose to fame as a member of the girl group Black Pearl Regeneration Idol of Asia, or BP Rania. With the group, she is recognized for her work on the 2016 extended play Start A Fire.

She was born Kim Hye-mi and she joined BP Rania after a lineup change in late 2015.

She appeared in the group's 2016 "Start A Fire" music video.

Both she and Alexandra Reid performed with BP Rania.

Hyeme Is A Member Of