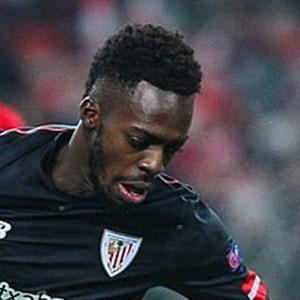 Forward who has risen to fame for his career in Spain's La Liga playing for Athletic Bilbao, with whom he signed in 2014. He was named La Liga's player of the month in January 2019.

He began his youth soccer career in Natación Pamplona's youth academy. He was spotted by Athletic Bilbao's scouts while playing with Pamplona.

He led Athletic Bilbao to the 2015 Supercopa de España title against Barcelona. He finished as the runner-up in that year's Copa del Rey tournament with the club.

His parents are of Liberian descent. His brother Nico has also played professional soccer.

He and Iker Muniain have played as teammates for Athletic Bilbao.

Iñaki Williams Is A Member Of