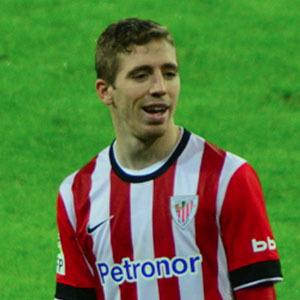 Left wing forward who has risen to massive fame for the Spanish La Liga club Athletic Bilbao, with whom he debuted as their then-youngest player in 2009. He helped lead the squad to runner-up finishes at the Copa del Rey in 2012 and 2014, and at the 2012 UEFA Europa League.

He joined Athletic Bilbao's youth academy at age 12 in 2005.

He and Ander Iturraspe have long played as teammates for Athletic Bilbao.

Iker Muniain Is A Member Of