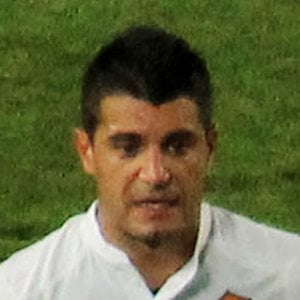 Forward who has risen to fame for his play in Italy's Serie A, including for Torino. He has also earned caps for Genoa and Roma, and played within the Spanish national team's youth system.

He began his youth soccer career in 2000 for Real Madrid's youth academy. He would later joined Juventus' youth squad.

He was transferred to England Premier League club Tottenham Hotspur in 2012. He played a match for the Galicia national soccer team in 2008.

He was originally born and raised in Vigo, Galicia, Spain.

He and Daniele Baselli have played as teammates for Torino FC.

Iago Falque Is A Member Of