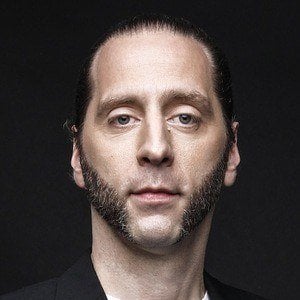 Progressive pop drummer who began playing with the Canadian band Marianas Trench in 2001. The band has two double-platinum albums and two gold albums. They released their fifth album Phantoms in 2019.

He was discovered by the band in a newspaper advertisement in the Georgia Straight.

He won a MuchMusic Video Pop Video of the Year award for "Desperate Measures" with Marianas Trench in 2013.

He has a brother named Bob and a sister named Robyn. He has a daughter with his wife Kim.

He has performed alongside Josh Ramsay in Marianas Trench.

Ian Casselman Is A Member Of