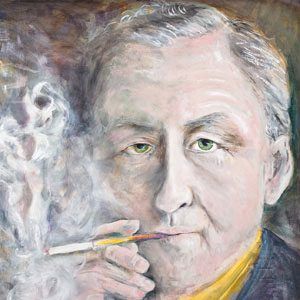 British author who created the famous James Bond spy novels. He sold over 30 million books during his lifetime, and his James Bond series inspired a popular film franchise.

He attended Eton College, where he edited the school newspaper and was active in athletics. During World War II, he found employment in England's Naval Intelligence Division and was involved in several high-profile espionage programs.

He was the son of Evelyn St Croix Rose and Parliament member Valentine Fleming. He married Ann Geraldine Charteris in 1952, and the couple became parents to a son named Caspar.

Daniel Craig took on the role of Bond in the 2006 film, Casino Royale.

Ian Fleming Is A Member Of