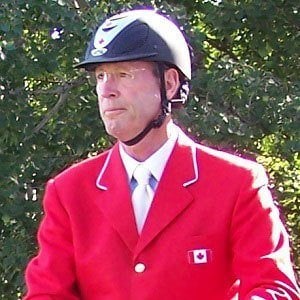 He was born in Halifax, Nova Scotia.

He set a record for most Olympic appearances with ten.

He was married to a woman named Lynn until she passed away from cancer in 2008.

He competed alongside Eric Lamaze on Team Canada at the 2012 Summer Olympics.

Ian Millar Is A Member Of