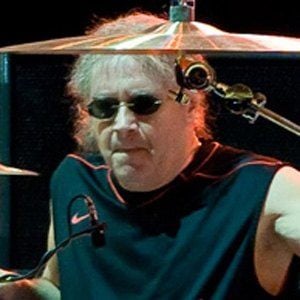 Musician who worked with the rock band Deep Purple and was the only musician in the group to appear on all of their albums. He has also worked as a session musician.

He joined a band called Georgie & the Rave-Ons, later The Shindigs, and was seventeen when he was featured on their first single.

He was honored at the Classic Rock Awards in 2007.

He and his wife Jacky have three children together.

He has toured with Alice Cooper.

Ian Paice Is A Member Of