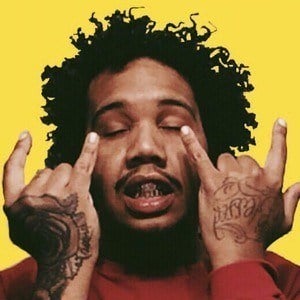 Tre Tademy, better known by his stage name IceTre, is a rapper grown popular through his 2014 EP RARE and the 2014 album Pisces Gold. He has also gone on to share his original music successfully through YouTube and SoundCloud.

In 2005, he first began creating music by recording audio on an old tape recorder. He then began creating mixtapes with sound bits from songs by his favorite artists. By the age of eighteen he'd released more than 500 songs.

He has opened for countless popular rappers and artists including Kid Ink, Kirko Bangz, and IAMSU.

As the youngest of three, he has one older brother and one older sister.

He worked with music producer Mike Zombie on his 2015 single "No Worries."

IceTre Is A Member Of