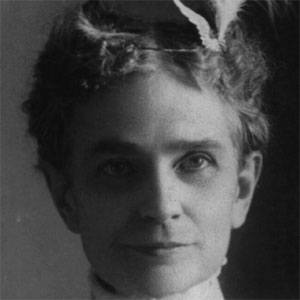 Wife of twenty-fifth President William McKinley who was First Lady from 1897 to 1901. She was with her husband on the trip to Buffalo, NY when he was assassinated.

She worked as a cashier in her father's bank, a position usually reserved for men.

She developed epilepsy after the death of her mother and two daughters and thus became totally dependent on her husband.

She and husband William McKinley had two daughters, both of whom died at a tragically young age.

She was succeeded as First Lady of the United States by Edith Roosevelt, the wife of Theodore Roosevelt.

Ida Saxton McKinley Is A Member Of