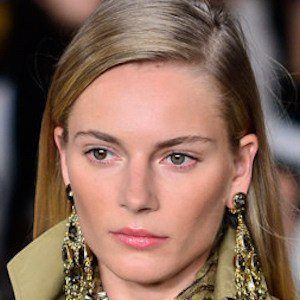 She began to model when she was discovered at age seventeen during the MTV/B-day festival in Riga, Latvia.

She was one of the first Latvian models to appear in a Victoria's Secret runway show.

She was born and raised in Latvia.

Like fellow model David Gandy, she once held an exclusive contract with the Italian fashion house Dolce & Gabbana.

Ieva Lagūna Is A Member Of