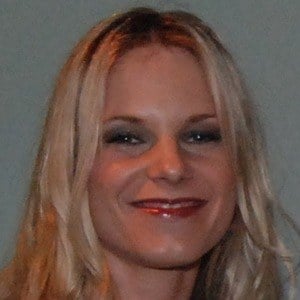 Chilean actress who is known for her work on feature films and and in television series. She is known for appearing in The Green Inferno as the character Kara as well as in the 2014 series Volver a Amar where she played the character Olivia Thompson.

She began by studying acting at the Pontificia Universidad Catolica de Chile and later in Buenos Aires. Her acting debut came in 2005 when she appeared in the feature film Se Arrienda. She would go on to make her television debut in 2007 on the series Vivir con 10 where she played the character Eloisa Sole.

In addition to her film and television acting, she is also known for her advertising and commercial work including for Almacenes Paris for which she is a brand ambassador. She is also known for having won the Premio APES award for Best Supporting Actress in 2008 for her role in Vivir con 10.

She was born in Santiago, Chile but raised in Washington D.C. and married Tiago Correa in 2010.

She starred alongside fellow actors Lorenza Izzo and Daryl Sabara in the Eli Roth film The Green Inferno.

Ignacia Allamand Is A Member Of