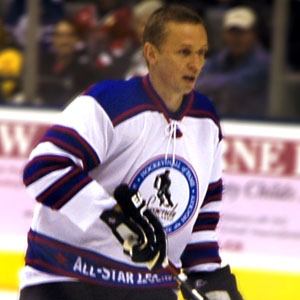 NHL Hall of Fame center known as The Professor. He played in the Soviet league and the NHL from 1977 to 2006.

He was selected 214th overall by the Vancouver Canucks in the 1985 NHL Draft.

He won 3 Stanley Cups with the Detroit Red Wings and 2 Olympic Gold Medals with the Soviet Union.

Igor Larionov Is A Member Of