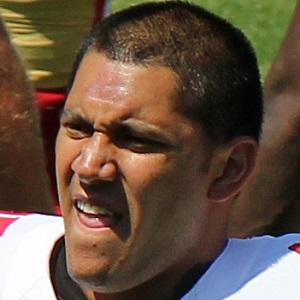 Defensive end taken by the Detroit Lions in the second round of the 2007 NFL draft. He was unable to make an impact due to injury with the Lions, but soon after being released by the team, he signed with the Miami Dolphins.

He earned both second-team and first-team All-WAC honors in successive years while playing his college ball at the University of Hawaii.

He has three older half-brothers and two older brothers all from the same father, Joseph Francis.

He played beside Jason Taylor as a member of the Miami Dolphins.

Ikaika Alama-francis Is A Member Of