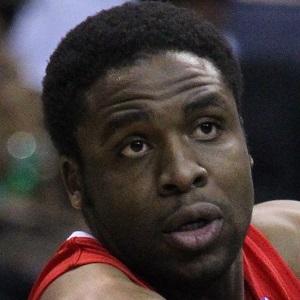 Professional basketball player best known to NBA fans for his days with teams like the Golden State Warriors and Portland Trail Blazers. He was previously named Pac-10 Player of the Year while at Arizona State University.

He attended Garland High School in Garland, Texas and joined the Arizona State Sun Devils in 2002.

He won the NBA D-League Impact Player of the Year award in 2014 and was named to the D-League All-Star Team as a member of the Bakersfield Jam.

Both of his parents are from Nigeria.

He was traded from the Indiana Pacers to the Portland Trail Blazers in exchange for Josh McRoberts and other players in 2008.

Ike Diogu Is A Member Of