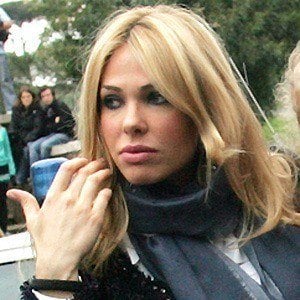 TV personality known as the mainstay of Italian music countdown shows for close to a decade. She has hosted shows such as Gialappa's Band, Le lene show and Che tempo che fa.

She started appearing in Italian films and commercials at age three.

Also an actress, she has appeared in films such as The Sweet House of Horrors.

She married footballer Francesco Totti in 2005; they have a son named Cristian, and two daughters, Chanel and Isabel.

Her ubiquity on Italy's top musical shows made her the country's version of Ryan Seacrest.

Ilary Blasi Is A Member Of