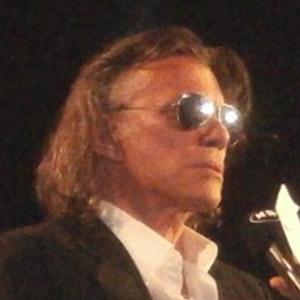 Greek politician and manager who is recognized for his work as Mayor of Marathon in Attica, Greece. He has established several awards, founded the non-profit Marathon Foundation to fund tourism and culture, and created a Riviera-style attraction for international tourism.

He studied International business and marketing in the United Kingdom and went on to earn his Master's degree in both. He started his career as a model and quickly became manager of the singer Sakis Rouvas. He entered politics in 2010 when he was elected to the Athens city council.

He was appointed to head of international public relations for the Central Union of Municipalities where he created the Medal of the Legion of Marathon award in 2015 to honor Greek celebrities in the fields of entertainment and philanthropy.

He was born and raised in Athens, Greece to Panagiotis Psinakis who owned an electronics factory.

He has honored several celebrities with his World Ambassador of Marathon award including James Cameron, Tom Hanks, and Rita Wilson.

Ilias Psinakis Is A Member Of