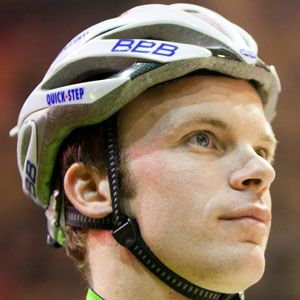 He was fired from the Topsport Vlaanderen-Mercator team in January 2009 after he tested positive for using cathine and diuretic prior to winning the 2008 Six Days of Ghent.

He won the 2012 Tour of Turkey Stage 7 even after suffering a crash on the final turn that threw his chain off.

He fractured his left hand's fourth metacarpal bone during a May 2013 race, forcing him to take time away from racing, although he said it would give him a chance to relax with his family.

He and Lance Armstrong both came under scrutiny from the World Anti-Doping Agency.

Iljo Keisse Is A Member Of