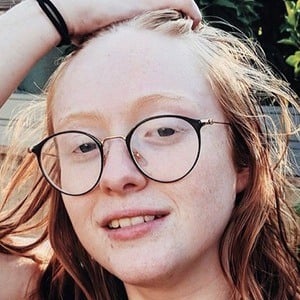 Animation student and YouTuber who makes animated story time videos. She went viral with videos called "How I Met My Abusive (ex) Boyfriend" and "Harassed at Chick-fil-A (Work Stories)." Her channel has over 1.8 million subscribers.

She previously worked for another animator on YouTube, Timothy Thomas. The first animated video on her channel is called "UnAmerican Airlines Cancelled My Trip."

She created a secondary YouTube channel called sillymation which featured a first video called "how i respond to hate comments."

She got a tattoo in honor of her late grandmother who was afflicted with dementia. She wished her dad a Happy Father's Day in an Instagram post in June 2018. Her first name is Ilyssa.

Rebaka-Chan is featured in her video "Cussed Out by a Stranger." She was featured in Alex Clark's video "My Hangry Uber Pool Story."

illymation Is A Member Of