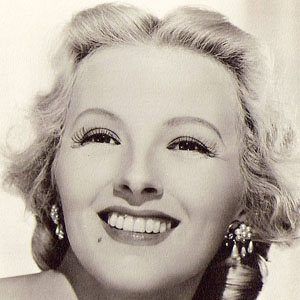 Remembered best for her roles in such 1930s and '40s films as Rosalie and Frankenstein Meets the Wolf Man, this Hungarian-born actress also performed on Broadway in the Ziegfeld Follies.

She grew up in Budapest, Hungary, and became an American citizen in her mid-thirties.

In the early 1950s, she performed on an espionage-themed NBC Radio program titled Top Secret.

Her first three marriages -- to Nick Szavazd, American movie actor Alan Curtis, and Charles Walker -- all ended in divorce. Her fourth marriage, to prominent attorney Donald Dawson, began in 1955 and ended with her death in 1974.

She appeared with Groucho Marx in the 1949 Marx Brothers musical film Love Happy.

Ilona Massey Is A Member Of