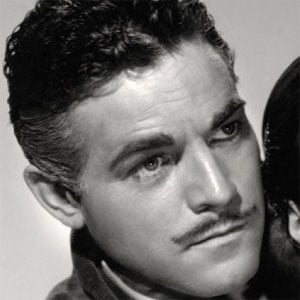 American actor perhaps best remembered for his role in the first Abbott and Costello hit film Buck Privates. He also had noteworthy roles in Hollywood Cavalcade and High Sierra.

He started his career in entertainment as a model in local newspaper ads.

He was cast as a serial killer in the 1943 film Flesh and Fantasy, however, his part did not make the final film cut.

He was married four times with at least three of them ending in divorce.

He replaced John Garfield in the film Flesh and Fantasy.

Alan Curtis Is A Member Of