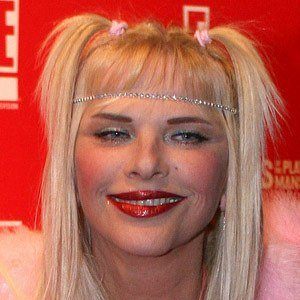 Adult film actress who was elected to Italy's parliament in 1987. She is famous for delivering political speeches with one breast exposed.

She started out on a radio show in 1973 before becoming an adult film star.

She served four years in the Italian Parliament with some rather brow-raising views, and after she was not re-elected she expressed interest in going into politics in her native Hungary.

She was married, briefly, to the artist Jeff Koons.

She offered to have sex with Iraqi leader Saddam Hussein in return for peace in the region.

Ilona Staller Is A Member Of