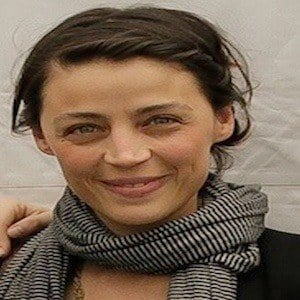 Actress who is most famous for her many television roles, including Sofia on Locas de Amor and Belen on El Hotel de Los Secretos. She has also earned critical acclaim for her performances in films like Güeros (2014), for which she was nominated for an Ariel Award for Best Actress.

She began studying at Foro Teatro Contemporáneo in Mexico City in 2001.

She has hosted the children's television show Once Niños.

She played the wife of Oscar Jaenada's character in the film Cantinflas (2014).

Ilse Salas Is A Member Of