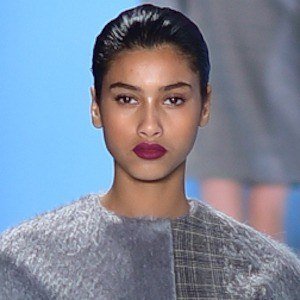 Model who became a cover girl for British Vogue alongside models Taylor Hill and Anna Ewers. She has also walked the runway for top designers such as Marc Jacobs, Burberry, and Alexander McQueen.

She was scouted by an agent from CODE Management while at a bus station at age 14.

She has also appeared in magazines such as Teen Vogue, American Vogue, and Vogue Netherlands.

She is of Moroccan and Egyptian heritage, and was born to parents Mbarka Belouta and Abdelhamid Hammam.

She won Couturesque Magazine's Model of the Year competition in April of 2016, beating out models Lucky Blue Smith and Bella Hadid.

Imaan Hammam Is A Member Of