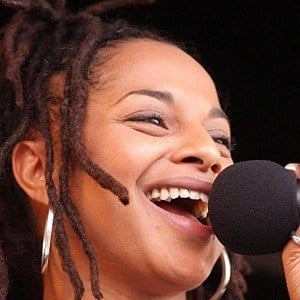 English singer who rose to fame in 1998 by representing the United Kingdom in the Eurovision Song Contest with the song "Where Are You." However, she didn't release her debut studio album Standing Tall until 2014.

Growing up in a musical family, her uncles had a band and she would often sneak into their rehearsals to join in.

In 2000, she provided the lead vocals for the Tru Faith & Dub Conspiracy cover of "Freak Like Me" by Adina Howard.

Her birth name is Melonie Crosdale, though she later changed her name to Imaani Saleem.

She competed against Israeli representative Dana International in the 1998 Eurovision Song Contest.

Imaani Is A Member Of