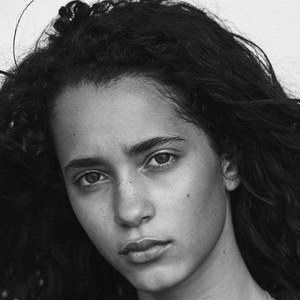 Print and runway model most well known for being signed to Next Models. She has walked for designers like Jean Paul Gaultier and appeared in magazines like Harper's Bazaar.

She first began posting photos to Instagram in March 2015 but didn't open her Twitter until January of 2016.

She is a fan of horseback riding and has competed in show jumping.

She has a younger sister named Tess India Perez.

She has modeled alongside social media superstar Sonia Ben Ammar.

Iman Perez Is A Member Of