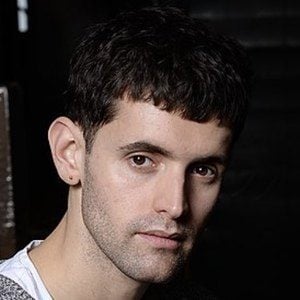 Spanish actor who is best known for playing the part of Oliver Grau in the TV series Merlí. He has acted in projects such as Solo Química and Centro médico.

One of his earliest acting jobs was in the 2012 movie Animals.

He acted alongside Alex Monner in the TV series Polseres Vermelles.

Iñaki Mur Is A Member Of