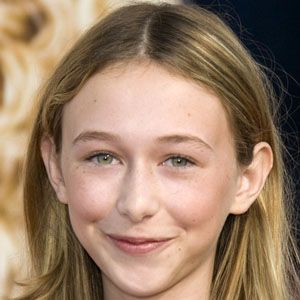 American actress who is best known for her roles as Sofia in the HBO series Treme and as Camille in the A&E series The Returned. She also appeared in the role of Molly Haines in the 2008 film The Women.

She had one of her first roles as the voice of Pinky in the 2006 animated series Pinky Dinky Doo.

As of 2014, she was a student at Brown University in Providence, Rhode Island.

She grew up with family in New York City.

She co-starred with Meg Ryan in the 2008 film The Women.

India Ennenga Is A Member Of