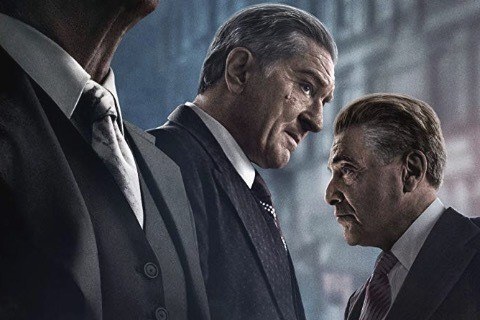 Martin Scorsese picture in which hit man Frank Sheeran recalls his possible involvement with the slaying of Jimmy Hoffa as a member of the Bufalino crime family. It was written by Steven Zaillian and based on the 2004 Charles Brandt book I Heard You Paint Houses.

The film utilizes a lot of CGI in order to make its older actors look younger. It originally had its premiere at the 57th New York Film Festival and had a limited theatrical release in the United States before hitting Netflix on November 27, 2019. The National Board of Review called it the best movie of 2019.